Yao is my BEST FRIEND 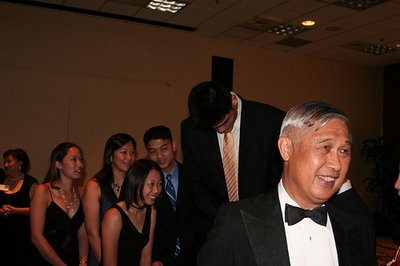 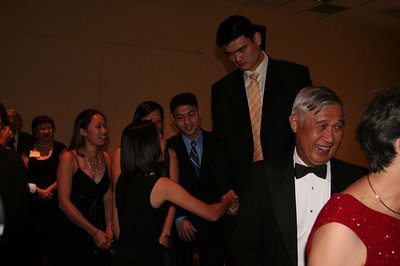 The picture says a thousand words. Yao and I are best friends. We can work through my broken chinese and his poor english...his tallness...my shortness.

Thank you Jason for the invitation!
Posted by Helen Chen at 1:39 PM No comments: 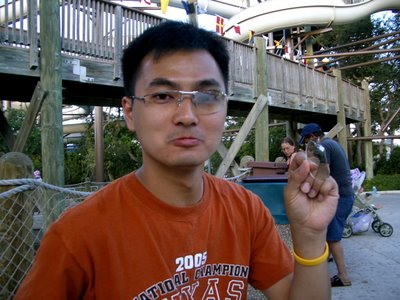 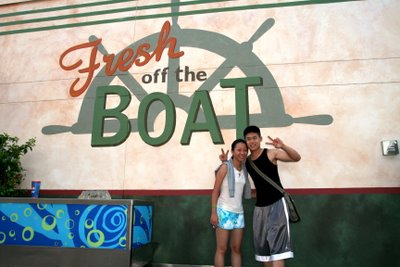 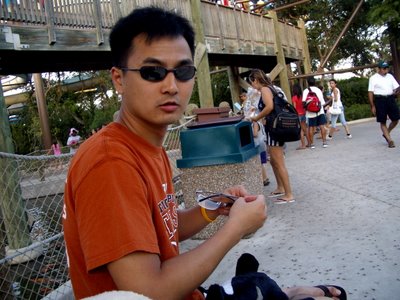 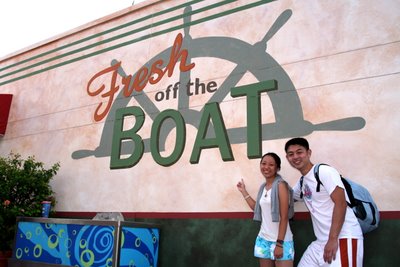 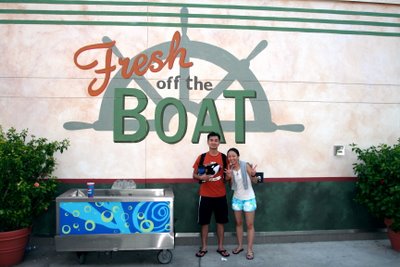 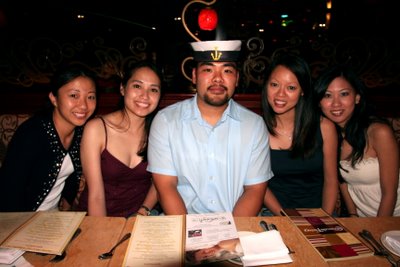 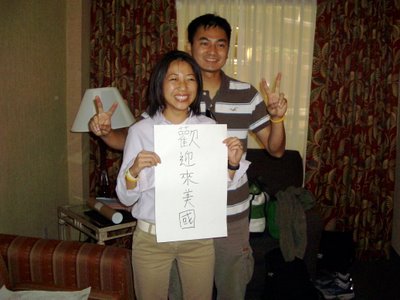 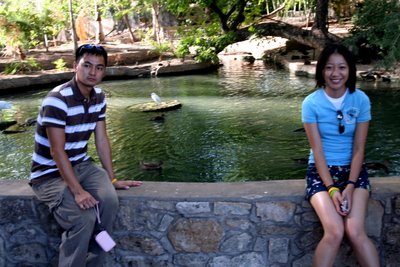 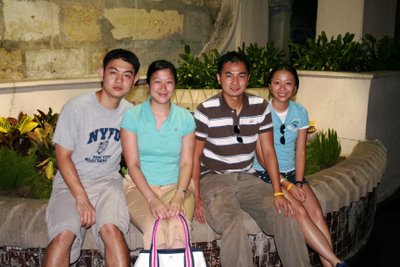 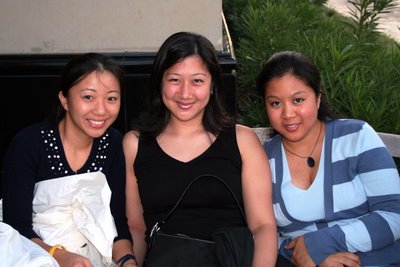 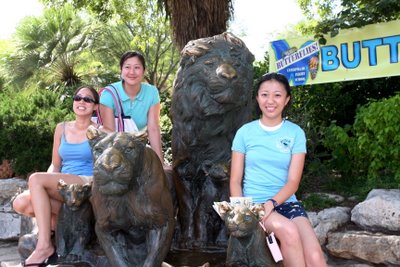 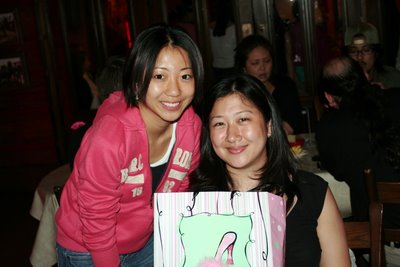 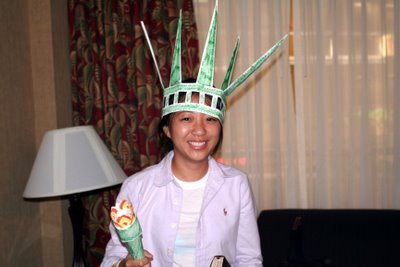 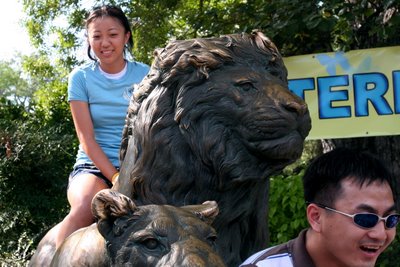 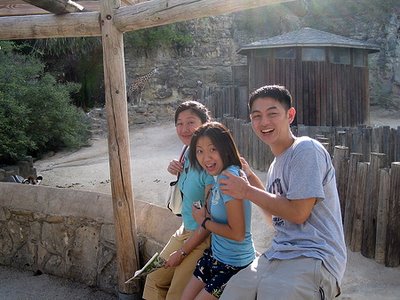 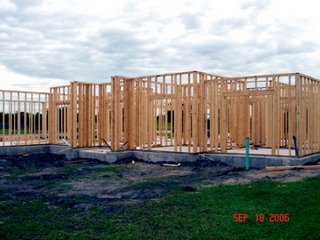 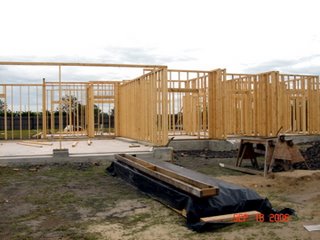 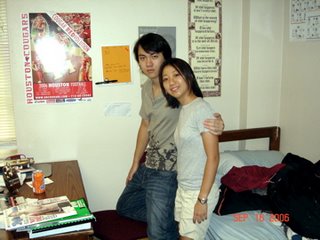 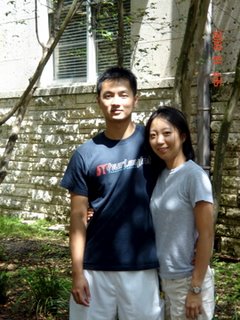 Sunny and I in the Dorm Quarters

We got to visit my brother at UofH. I bought matching sweatshirts for my proud parents. I cannot bear to wear UofH gear. HAHA

We had a lot of fun this weekend.

Saturday - Saturday morning, I had Russian lesson with Liu's wife Bing Bing. I bought Russian for Dummies and ... it was Russian for Dummies. They spell how things would sound in english instead of spelling it correctly in Russian. Bing Bing says that I need a new book. :)

Saturday afternoon, we had lunch with Howard and Lindsey HUANG!! It was super fun. Their house is very cute and classy. Lindsey is a vegetarian, so she made sauteed vegetables and pasta. I complimented with rosemary chicken. OH and we had zucchini bread for dessert with apple butter. AWESOME!

We then had plans to have dinner with Cary, Arthur, and Michael at El Patio, the best Mexcian restaurant in town. They were closed, so we ate at La Conchita. After that, the guys went to the Lin's house to watch the UT football game. I went home and watched the US OPEN Women's final. AND YES it was more important than the UT game! IT'S PRIORITY TO ME ARTHUR!!!!! Hee Hee

SUNDAY - A new Hispanic speaking family came to church. ...I realize that my Spanish is now very poor. It's time to brush up. It's hard juggling two languages man.

Finished up Sunday with golf at the driving range!
Posted by Helen Chen at 9:55 AM No comments:

It all started out Saturday playing super spike Vball. Played till 12:00pm. Shoulder kinda sore from swinging my arm so much trying to spike.
The next morning we ended up playing bball, half court / full court and then crash from the 3 point line. My legs and back were so sore from trying to box out Vanhdy.
Then four days of tennis in a row. I think my right forearm's worn out. My tennis game steadily declined each day to the point where I couldn't hit a ground stroke anymore. Not to mention my legs felt like bricks.
Maybe i'll relax this weekend and watch UT beat OSU and hit a few golf balls. =P
Posted by Sunny at 12:22 AM 1 comment: