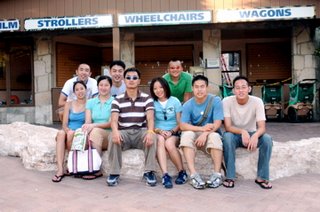 The Zoo crew!
After I was thoroughly humiliated for passing my citizenship test (please refer to Andrew's webpage), we went to the San Antonio Zoo. IT WAS SUPER FUN...except I got real sweaty. Here are some pictures from our trip. 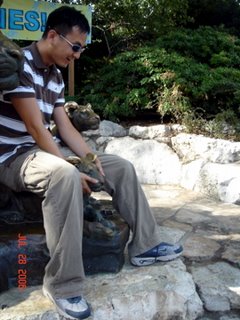 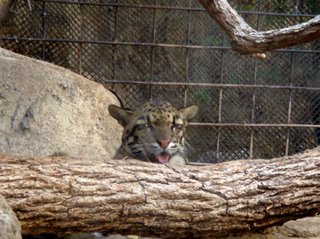 My lepard pic is better than Andrew's cause his tongue's out! 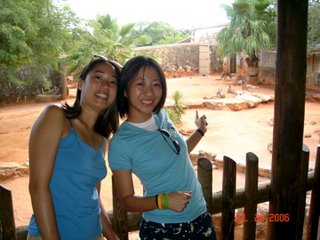 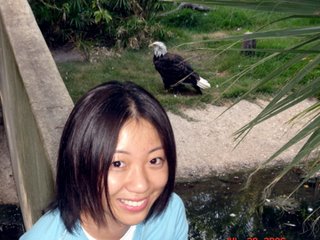 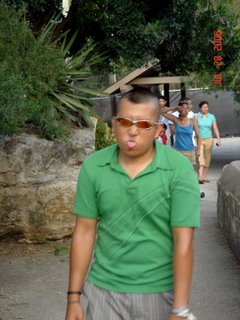 So sad what work does to you. I checked my body fat and it was a whopping 15%. I think i better start working out again and get into better shape.

On a brighter note, I don't have to work tomorrow, Seaworld on saturday, San Marcos outlet shopping on Sunday, and I don't have to hide Helen from the INS anymore hahaha. Just playing. 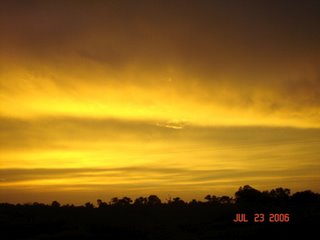 This was taken on my way to PL from Houston. It was real strange because this yellow light enveloped us in the car. It was so beautiful.

It was one of those moments when you can feel His presence all around. You have to stop everything and just thank Him, praise Him for giving us moments like these.
Posted by Helen Chen at 11:22 PM 5 comments:

Venus Williams and THE HOUSTON WRANGLERS

Tonight, we have tickets to the Houston Wrangler's game against the Philadelphia Freedom (featuring Venus Williams) at the Westside Tennis Club! It was awesome. The game was suppose to start at 7PM, but it rained out. So, the actual game started at 9PM. 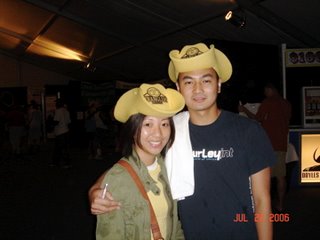 Sunny and I getting pumped up before the game. 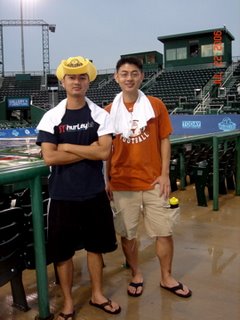 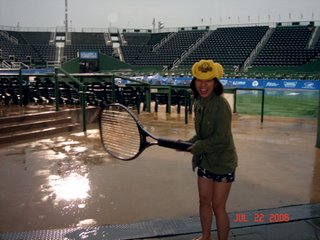 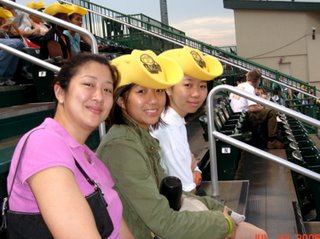 We were in the nosebleed section. I heard that Ken and Jason sat in the "baller" section during the Monday game. 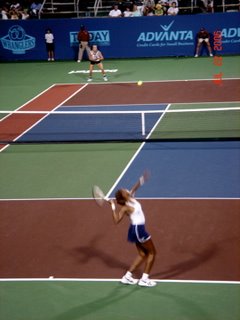 Of course after the game, I had to get autographs from all of the Wrangler's and ... VENUS WILLIAMS. The only thing that stood in my way was the "AGE LIMIT" ... 16 and under for autograhs. Did I let that stop me? OF COURSE NOT, I seldom take no for an answer. I waited in line. No one suspected that I was older. But God knew. YUP. He knew and he put the most ANNOYING kid in front of me, who kept trying to mark all over me w/ with his permanent marker and take my pink autograph tennis ball. 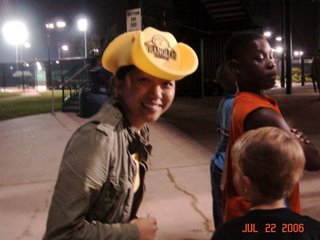 Me and the kid that I slapped.

My sister was waiting with me and ... he kept poking at her... I made some threats. "If you touch me or her with that marker, I will throw your permanent marker into the stands, and you won't be able to get autographs." Of course being a 7 year old...the boy was very annoying...didn't stop. So... the next poke came...and I said "BOY, I'm going to stap you upside your head with my backhand..." -- very dramatic, very tennis...backhand...HAHA. By then my sister is freaking out...she's like "OMG helen NO!!!!!!!" Then the pernament marker came again...so I slapped his hand. My sister is like "HELEN NOOOO child abuse."

Right after that...was when the Venus Williams crew came and told us that she has left the building. "VENUS HAS LEFT THE BUILDING." I was like oh man, but I still wanted the other autographs...plus I've made it this far. THEN...something awesome happened. They started giving out cards that were already signed. There was this older lady in front of me. She was denied a card. Then they got to me. AND YES I GOT A CARD...BOOYAH. 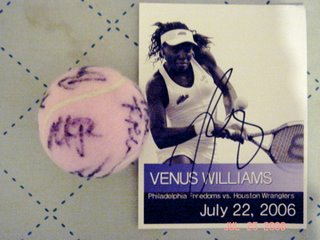 Katherine and her FAKE CATCH

Katherine, Natalie, and Gina came to visit PL for the weekend. We went crabbing. We caught about 12 crabs total. All of us caught crabs except...poor Katherine. It's her second trip and still no catch. I let her pose with my crab in the following photo. 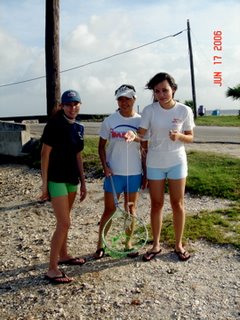 Katherine and her fake catch. HAHA 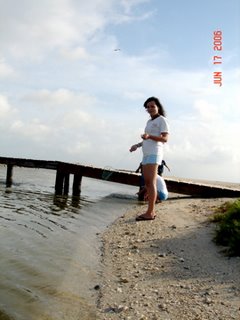 She keeps trying though! 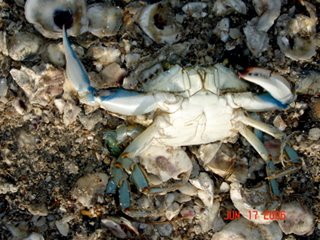 I woke up this morning at 6AM...to do what?? TO CRAB OF COURSE! This trip was taken with the LIAOUs. I showed up and no one was ready. It was like the Friends episode called..."the one where no one was ready". We caught 2 crabs. To ease the disappointment, we drove to Seadrift and bought 30 crabs from the local Vietnamese vendor...right off of the boat. 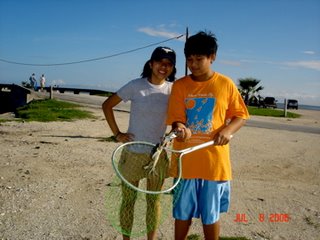 Daniel and I with the huge blue crab he caught. 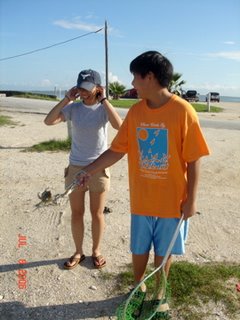 Daniel almost dropped the big blue crab he caught on my foot. This was me screaming. 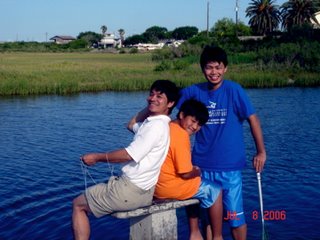 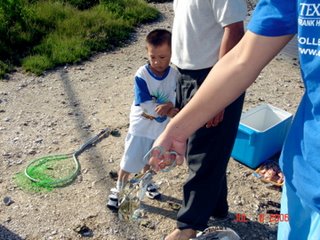 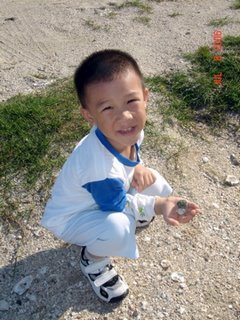