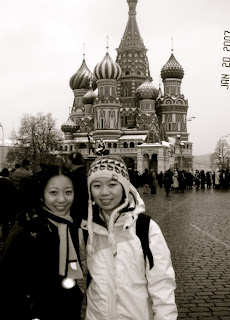 Anna and I in Red Square, Moscow 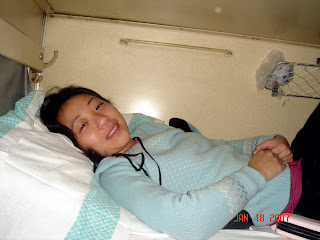 My cubby hole on the train back from Novgorod to Moscow 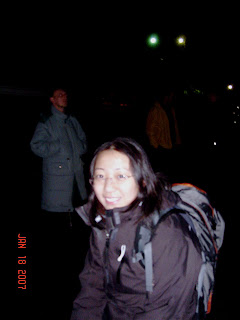 Helen waiting for the train to Novgorod from Moscow 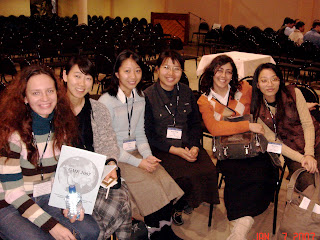 
I'm really thankful that the Lord gave me the honor of participating in the gospel trip in Russia this January. GMR 2007 went out to 50 Russian cities to preach the gospel. My assigned city was Novgorod (only 9 hrs by train), and my sister rode a 37 hr train ride to Krugan, Siberria. Our day started at 6:00 in the morning and ended at 20:00. Sometimes we walked 6 hour days passing out tracts to the seminars, and some nights we knocked on 50-100 doors to preach the gospel. The militia came and kept tight watch over us "foreigners." I really wished that our food portion was larger... BUT praise the Lord, He taught me how to coordinate with other members in the Body, and I just felt like I've gained more of Him.

The Russian brothers and sisters were really awesome. They really took care of us. At one point, when our passports were taken up by the local militia, I remember praying about it and going to sleep thinking "The brothers will take care of it. God is with us!"

Out of the 2.5 weeks in Russia, I saw the sun twice. The second time was really significant to me because that day I woke up and I really didn't want to go out to preach the gospel in the cold. The night before...my local team were cursed at for being foreigners and for being Christians while we were door knocking. It got really bad because Katya, a dear Russian sister, stopped translating what was shouted. We met with alcoholics...drunks. That morning I woke up, and I felt really defeated. But during our truth study, the Lord reminded me to have faith in Him. Preaching the gospel is not easy. A lot of people won't like you. They won't accept you. But we must go on with Him. Then the sun came out. He is light that shines in darkness. My team went out to a nearby market area to preach the gospel. I was able to preach the gospel to two Russians, who prayed and accepted Christ. The Lord is faithful!

If I given the opportunity to go again...I would in a heart beat.
Posted by Helen Chen at 11:00 PM No comments:

www.sunnyd.smugmug.com
Posted by Sunny at 6:48 AM 3 comments: